If you go into work and do your best, there is NO room to worry about mistakes. Humans are not flawless, but there are boundaries that need to be set.  Revealing mistakes is human and can rid people years suffering.

They must have felt as though they would never be found out. Repeated blatant malpractice. In my case, extensive blood work and results from MRA, CAT scans demonstrate how political this system is.  Calcification on scans along with blood work do NOT lie.

Calcification takes years to form, but not years to discover with modern technology. Results of tests are only as good as the person reading the test on that precise day. When in question take the tests to another radiologist or neuroradiologist for interpretation.

The important thing I drastically improved with proper treatment in 2010 given these findings, hence my ability to write.  Contrary to comments made “She’ll never write a book.  She’s been saying that for years. They are much bigger then you are!”

Are these just additional threats? I’ve been saying that for years, but without treatment it wasn’t possible. I might not be able to write a book, but I can still write my life experiences!  By these factual life experiences I believe someone will be helped.

I’m grateful to my current healthcare professionals with all the support and treatment.  They listen!  Someday more people will be helped by these dedicated individuals who are devoted to communicating, evaluating, assessing, diagnosing, treating, studying, researching life experiences with traumatic brain injury as documented in medical charts and reports.

This cover-up and blatant malpractice following injury and subarachnoid hemorrhage demonstrates the added trauma that acquaintances, family and friends have the potential to cause to vulnerable TBI survivors,those dealing with chronic illnesses, aging population, and their families.

It’s our goal to continue improving our health and contribute to society making this world a better place by making a difference in the lives of others.  With millions having various types of problems from: TBI, chronic illnesses and aging every little bit of insight is helpful.

In 2000, nine years after I was injured (1991) the neuropsychologist received false information from my father and his relations.  These people are cunning and manipulative, profoundly selfish, and lack emotion.  They wreak havoc on families.  This is no longer a problem in my life, but when it involves life and death situations or healthcare there needs to be a stop to this. Where are the boundaries?

Click on this link or cut and paste to review boundaries.

These are also interesting links:

My father confessed and apologized years later, but the damage was done.   A friend and my husband never trusted this neuropsychologist.  Did they see something I failed to?  I finally did see the problem, but it was too late. Maybe I didn’t see the full picture?  I discussed this with another family member and we came to the conclusion “who would believe them anyway?”.   I doubt anyone could have predicted this.  If they could they would have informed me.

The neuropsychologist believed what was said.  That’s a very sick thought!  These are experienced, well-educated, professsional people listening to these people.  Sad!  These people deliberately control situations and people, including healthcare professionals and beyond!  So, what do you think these people do to young children if they control adults?

As I reveal my life experiences I hope this helps others to limit the trust and put a watchful eye out to protect you and your family.

The apology didn’t last long when I opened my heart to trust again.  I kept my word as a child, and never revealed anything I was told to “keep my mouth shut”. To his dying day I never revealed the “secrets”.  Secrets destroy people. I will not and have not let them destroy me or my family.

I continued to hold to my word, as demonstrated in the police report in Wyoming of August 21, 2007 and I did not have him arrested when I could have.   Three witnesses, so maybe I should have? But the shock and horror of my siblings was all the support I needed.  Dealing with anger and tempers was utmost important. Collectively, the solution was an immediate bus ticket back home to his spouse.  Finally, these actions were witnessed! I had no time or energy to fight this battle.  I had another battle to fight … TBI, the life-sentence.

I’ve been condemned for not attending a wedding and his funeral last year.  I don’t play games with life, and I don’t pretend all is wonderful any longer.  My life is not a game and things have not been wonderful. I choose to surround myself with sincere loving people and eliminate crap from my lifestyle. I am tired of being used.

For the persons who are responsible for the “secrets” they will use every means to prevent the “secrets” from being revealed.  This took many avenues in my life.  I’ll give just a couple here so those reading can begin to identify and protect those they love.  Especially when children are involved.

Here is something for healthcare professionals to think about. At the age of 16, was hospitalized following a head injury but was discharged from a hospital AMA (against medical advice) because the “secrets” might be revealed.

Shortly thereafter, my brother who was attending OSU (Ohio State University) contemplated suicide in Columbus, OH.  After being released from the hospital he went on to live with my sister and brother-in-law for some time.  My parents did not visit ˘ Were there more “secrets”?  Was it simply their lack of understanding and support?  Thank goodness for the sibling group!

Relationships do split, and many relationships are permanently damaged based upon the perpetrators lies. They will continue to destruct anyone or anything that gets in the way or potentially could reveal their shortcomings.

My parents provided all their children with the necessary things in life: love, food, clothing, and shelter.  I firmly believe they did the best they could raising their children for what they understood and with the educational tools that were provided years ago.

They were intelligent adults and raised six college educated children, very close in age except the youngest 13 years later. I believe they did their best. Maybe we did drive them crazy? 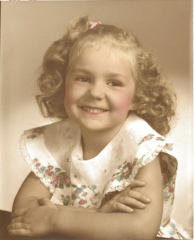 When God said “Come Forth”, I came Fourth in Birth Order!

I was the spoken child.  Spoken for as I always said: When God said come forth, I came fourth in birth order!  I was the second girl.  There were three girls and three boys in my family.

Society and education was limited compared to standards of today.  Punishment was not considered abuse.  Somewhere along the line, the word “punishment” turned to “abuse” in society.  Punishment helped us grow and learn.  Abuse shapes us in ways we are today, and I would not change who I am. Punishment does NOT equal abuse.  Abuse EQUALS punishment in many ways!

It all equal personal and inner strength, determination and success.  In the end, it’s what you make it, not what makes you!