RSS
← 10 Tips in Placing Telephone Calls with Brain Injury
What do I need? Or where do I go? To relearn my computer or purchase a new computer after brain injury? →

Leaving the Twilight Zone … So I thought! after a closed head injury

If you look okay you are expected to be working!

It was time to get back to work following a closed head injury.  I thought everything was going well and my simple concussion was resolved.  Oh, if I only knew what was yet to come.  So by Monday November 4, 1991 and 5 days later I was ready to return to work.  After all a few days have passed since I was hit in the head and certainly there should not be any reason to keep me from working.  Again, I believed and thought I was okay.  Of course this is the expected recovery for an injury that is invisible.

It was not until I got to work that I was not sure what was happening.  The one thing I was certain was this:  I was not like any of my patients because they were all critically injured and appeared to be so confused with many behavior problems.  It never even crossed my mind that I had a head injury of any sort.  All I knew was what symptoms I had.  I was counting on my physician to know what to do and help take care of me in the event I would need him.  Of course, I never expected that I would need anyone.  Too bad I did not listen to my inner self.  I had reserves about my lack of trust with this physician, but my husband liked him.  I should have followed my intuition prior to my injury and looked for another physician.  So for anyone with any doubt, look for a new physician before you really do need them.  Trust yourself.

When I arrived at work I notified the local police department who were sending a police officer to the hospital so I could file a report.  My intentions were good, because I felt strongly about this incident being reported to police.  Of course, that did not go well with the unit managers.  And of course as one might expect the penalty for reporting something like this goes pretty deep.  I was told that the hospital would look bad.  That was not my intention at all.  I just believed it was the right thing to do.  No one expects their employers to be upset over filing a  report or complaint that is legitimate.  On the other hand, employees do not expect to be off work for any length of time either from an injury.  When an injury occurs at work we just assume someone will help us out.  Wrong!  So what do you do when you are the one who takes care of everyone else, manages everything in the household, and minimizes illness and injury more then anyone you may know of … except your own siblings?  This is the situation I found myself in. 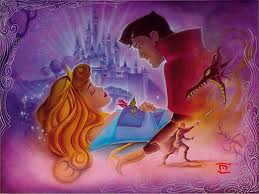 As I slept and slept and slept … like Sleeping Beauty I had little to no thoughts.  If I could only know what was happening to me.  That sounds easy … but not when the injury is your brain!  When your brain is injured you cannot think clearly, let alone think at all.  Since I was not treated at an emergency room, only by a nurse at work, my family did not even know what to look for.  I guess it is assumed that everyone knows what to look for following an injury.

Who’s head was it anyway? And of course this was a work related injury and if you have heard about the Worker’s Compensation stories, they are more then just stories they are nightmares!  Everyone laughs it off when you hear someone say, “It happened at work”.  Let me tell you, I would have never told anyone this injury happened at work…I bet I might have received treatment otherwise.

So here I was at work.  Ready to do my job as a registered nurse.  I was given my patient assignments and I should not have been surprised.  I was once again signed to this same patient that assaulted me.  This time he was kept in a security room, so all I had to do was sit and watch him. Even that was too much for me.  The noise from the call lights I heard in the hallway was so bothersome I could not tolerate them.  The patient’s mother was in a meeting with staff members and she did walk up to me and apologize.  Her apology was the only apology I received the entire two decades from this healthcare institution.  Of course, I accepted her apology.  There was no other conversation.

I needed to leave work as soon as possible.  As the commotion about me was so distracting I could not focus.  I had several patients concerned about my well being and they kept asking how they could help me.  I knew it was time to go home.  I never did make the police report.  They did not arrive in the few hours I was at work.  A few days later I called my local police department but they informed me I must make a police report in the precinct that the assault occurred.  That was impossible!  I was not well enough to drive or take a ride into the police department.  To this day, it is my understanding there was never a police report completed by anyone.

As sad as it is true, I was written up for not calling into work one day.  It was policy that you need to call in for each day one was not going to be into work.  My husband could not wake me and of course he was not given any advice or help.  I slept for a couple days straight.  Too bad there was not any nursing intervention, or just any direction would have helped.  I guess it is expected that everyone knows what to do in this situation.

The most amazing concept is the fact that I was attending graduate school and even though I was spending the day with all nurses, and they noticed a drastic change in my schoolwork, concentration, and behavior they did not intervene.  Now, that is really scary! 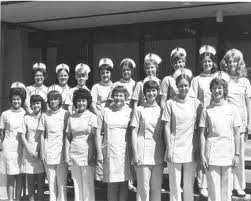 And these nurses all knew I was assaulted in the head.  So, this just points out the lack of education about brain injuries within the health profession itself, let alone the lack of education provided to families in need.  I should have been with the safest people possible…but guess again!  I was not even safe with my own colleagues.

I was expected to function as I always had throughout the following months.  I also pushed myself, hence my sheer determination to have control of what was happening to me and around me.  Obviously, I lacked control over my well-being.

← 10 Tips in Placing Telephone Calls with Brain Injury
What do I need? Or where do I go? To relearn my computer or purchase a new computer after brain injury? →

15 responses to “Leaving the Twilight Zone … So I thought! after a closed head injury”