RSS
← Fatigue After Brain Injury or Anyone Suffering from Excessive Fatigue
Simple Tips to Manage Fatigue with Brain Injury, Memory Problems, and Chronic Illness to Self Rehabilitate →

What Happened When My Life Was Turned Upside Down After a Traumatic Brain Injury?

How was I going to get through the holidays with this new worsening of symptoms from traumatic brain injury? I could not tolerate noise, lights, conversations, and just the simple things in daily life.  By the middle of December my headaches were getting worse, if that were even possible!  My vision was darkening.

I saw my family physician and he added Prozac for depression. I guess he did not hear what I had to say. Or he had a preconceived idea of what was going on, and it did not matter what I had to say.  Or was simply because I am a woman, and this is stereotypical of women complaining?

This was the first time I ever took anything for depression. I was willing to take whatever I needed to feel better.  I never took medications, I didn’t drink or smoke so this was all new to me.  I knew I needed to get better, and I was putting my trust into those in healthcare. I do not recall the antidepressant Prozac making any change in my symptoms.  What I do know,  my headaches progressed regardless of the Prozac.  Was it assumed that headaches following head injury equals depression? If so…that’s a very dangerous diagnosis.  Do not let this happen to you!

If you are told it is post-concussive syndrome, it still is not to be taken lightly.  Tread cautiously and watch your loved one, or have someone look over your healthcare needs so you can get the proper treatment. On average, people recover completely from head injury.  You do need an advocate. Not all head injuries are  severe injuries, but let us prevent this from happening when at all possible.

I knew one thing, I wanted to get back to work as soon as possible.  The only way I could return to work was to get rid of unrelenting headaches that caused severe vomiting.  The vomiting was previously controlled with Phenergen, an anti-emetic but even the vomiting returned.  I made arrangements to see my family physician once again and scheduled an appointment to see the Director of Nursing and Unit Manager so I could get back on schedule for work.

I was given Midrin for my headaches, and I finally felt the first relief from headaches since this injury October 30, 1991.  This was 6 weeks later, and I was finally getting relief.  I knew it was time to return to work, and I could put all this behind me.

My husband and I were both scheduled to meet with nurse management in the nursing office. At this time, it was discussed that I could be changed to work on a different floor upon my return. I suppose this is the solution to an underlying problem of safety in nursing!  I was happy with the floor I was working on, but if that is what management had planned I doubt I would have had much choice.

On the other hand, there truly was no reason to change my place as a staff nurse.  I worked well with patients and never had problems with management.  Anyway, management did have me call my family physician on the speaker telephone  from the nursing office and they were aware that I was told “He didn’t have time to see me.  He was going on vacation.”  With that comment, they suggested I write down my symptoms and drop it off at his office on my way home. They copied the note for me.  I have a copy of everything documented in my possession.  Now, I question why they didn’t just recommend that I go directly to the emergency room.

I was also told to look up the medication in the Physicians Desk Reference (PDR) on the unit.  I did, but I couldn’t figure out how to use the PDR.  I recalled just flipping through the book as though I knew what I was doing.  After all, I just wanted to return to work.  Years later, I found  that Midrin is a vasoconstrictor and should never be given for a person with headaches following any type of head injury.  I mention this for all those reading, and to prevent it from happening to others. Because the worse was yet to come.

On our way home my husband took the note into the physicians office. I had all I could do to attend the Nursing meeting with management.  I had no energy left in me.  Even though the headache was gone, I was not feeling myself.  I did not know what was wrong.  I was counting on others to help me, if I needed it.   I believed that if something else were wrong, someone would have helped.  I guess I was wrong!  How is anyone supposed to think when they are the one with the brain injury and their thought processes are compromised? 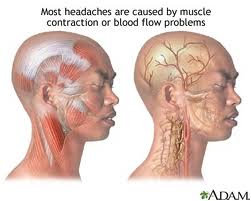 The holidays were upon us.  It was already 7 weeks since the injury and the next week was Christmas.  My family and I went out-of-town staying at my mother-in-law’s for the weekend.  This was already a difficult time, since it was only a couple of months since my father-in-law had died unexpectedly from a ruptured bladder after being treated in an emergency room.  My children were extremely close to these grandparents.

We had a Christmas dinner and gathering at my brother’s apartment on Saturday evening December 21,1991.  It was at this time that I first mentioned to anyone outside my immediate family about what happened at work. Contrary to popular belief…or those who tried to make it look that way, I was and never been a complainer.  If I were I would never have lived through these two decades of pure h*ll! .. and remained married!  I only mentioned the assault after they pointed out how quiet I was.  For me quiet, there was something wrong!  Again, even though everyone noticed and observed something wrong…no one did anything to help.  I can only chalk that up to lack of education or inability to know how to help others.  That’s something I expect comes naturally, but obviously it is not.

I was just going through the motions of attending functions and doing as I was expected to … all while barely surviving!  My headache was gone, but my vision was worsening.  I was getting tingling into my face over the past couple days, but assumed I had a pinched nerve.  I figured I was able to tolerate the vision problems without the headache.  I guess that was wrong!  I was told I had tendonitis. [What a misdiagnosis… that lead to years that were simply torturous and incomprehensible to myself , family and friends.]

During the night, or I might say early hours about 3 a.m. on Sunday December 22, 1991 I was awakened by a sudden burning gush sensation that went from the back of my head down my entire spine. It felt like someone had lit a match to my spine and poured gasoline down it.  I can not explain it any other way.

I figured the only thing to do was to get up and walk it off.  It was at that time I realized something was very wrong with me physically, but I still could not figure it out.

I sat up and when I went to move my legs and stand it was impossible.  My legs were spastic, jerking all over.  I was not able to stand at all.  I laid back and just rested in bed waiting for the symptoms to resolve.  The burning pain at this time was not isolated to my spine, but was the front of my torso.  The first spinal pain was not as torturous.  Now the main problem was my lower extremities and the burning sensation from the nipple line down the torso.  I cannot even explain this pain, except for others that have endured this will understand.  I was not given anything for the acute pain, but was not given anything for chronic pain either, until by accident 10 years later when I was prescribed Neurotin for muscle jerking that relieved the burning pain I had suffered and stopped the muscle jerks.  If you have not tried Neurotin for pain I suggest you ask your physician about this medication.  It has helped me tremendously.

So, time was of essence and I was mentally and emotionally preparing to return to work, but could not get my physical being on the same page. My outlook was always optimistic.  I was in a situation where I found the power of prayer more healing than anything else.  If it weren’t for the power of prayer and support from significant others I’m not sure I would have survived this ordeal.

This was first holiday I have ever had difficulty with anything.  I celebrated and always had everyone to our place.  I didn’t even know if I were going to make it until the holidays.  I had my husband pull out all my life insurance policies so he would know where exactly to look them up.  My mother-in-law helped with this.

I wish I knew what I know now.  I would tell everyone, if they do not get the treatment they need…keep going back to the same emergency room.  Eventually, they will need to do something more for you.  I was not as persistent as I should have been, but when you have no energy and are not well,  persistence does not come in to play.  So, as I say this I realize persistence is important, but what does one suggest when there is NO energy?  Call 911, you still need help!

← Fatigue After Brain Injury or Anyone Suffering from Excessive Fatigue
Simple Tips to Manage Fatigue with Brain Injury, Memory Problems, and Chronic Illness to Self Rehabilitate →

2 responses to “What Happened When My Life Was Turned Upside Down After a Traumatic Brain Injury?”