Healthcare professionals with a traumatic brain injury. Who should know better? 2 of 3 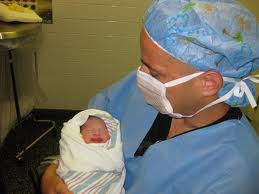 Healthcare professionals are not exempt from this devastating traumatic brain injury. Without more education, understanding and research how do you think this could compromise your health? How many healthcare professionals are dealing with current brain injuries? We should start doing pilot or research studies on this, or at the very least surveys.

I functioned without difficulty until this last injury.  It’s imperative we educate healthcare workers before this happens to them.  It’s always an after thought.  The I should’ve, would’ve, could’ve scenario!  Stop it from happening to begin with. Prevention is key and they should all know that! When does someone step in to help?  When should they return to work?  Two weeks after brain surgery?  Two months after injury?  Where are the guidelines? What and who are protecting patients? Who is helping the healthcare professionals through this difficult time?  They are always helping other people at work…but what happens when it is a healthcare professional?  That’s the key…when it happens to a healthcare professional then everyone is expected to understand and help.  That is not the case. Few understand and fewer care.  This is all about brain injury awareness and patient safety and advocacy.  You don’t want to be a patient!

My nurse friend with a new traumatic brain injury returned to work in less than a month after brain surgery.  Her ongoing plight as patient on a medical unit during her brief hospitalization is devastating.  It appeared the staff were totally clueless about brain injury of any sort!  Because she was a nurse she was expected to know everything about being a patient.  Her specialty was in neonate intensive care.

This is hardly a specialty that you would understand adult health as a patient. All the simplest things were new as a patient.  The call light was new to her.  It was expected that she knew everything about being a patient.  Now she had a brain injury as well, when things are just not normal and everything is confusing in the first days, weeks or months.  This is the scenario within hours to days of her brain surgery following a traumatic brain injury.

When she would hit the call button for the nurse they would shout at her. Then they would shout at her for not calling them. That is certainly behavior that would confuse anyone, let alone someone with a brain injury. Noise is also a factor.  So the intensity that one speaks is distressing.  So I set up the room to be safe and wrote her simple instructions. I took a new notebook with dividing folders and pen and started a journal for her. I knew she could not remember all the instructions or what was happening around her.  One just can’t make sense of the world, especially immediately following brain injury.  They may appear well, but appearance is deceiving. What does one look like after brain injury?  “Normal”…unless you have a surgical scar!

Even with her surgical scar I was devastated how clueless the hospital staff were pertaining to brain injury and helplessness. Even as a patient with surgical scar, head shaven it meant not one thing.

Immediately following injury your actions may still appear normal unless you know the person.   I was an expert at this, and I mean living with a brain injury expert.  So I knew how to write simple instructions and notes. If I could understand them, I knew she would.  My model is to: Simplify and Unify to Understand the World Around You After Traumatic Brain Injury. She was never a patient before and she worked with newborns.  This was not a familiar environment to her. Since when, does a newborn have a call light?  The nurses expected her to know it all and don’t ask questions!  They expected her to take care of herself.  I’m surprised they didn’t give her a job while she was inpatient!

The nurses were upset that she would get out of bed without calling for help.  Now, how many directions do you think she could follow-thru with in less than 48 hours since surgery? I guess she was better in their minds! This is a serious problem! The neurosurgeon saved her life, he did the surgery and now she was “okay.”  She had a subdural hematoma that was surgically removed. It was so matter-of-fact: “I did my job, and you are better” attitude. Just because the neurosurgeon’s job was done does not mean healthcare education and treatment is complete.  I guess if you don’t understand brain injury to begin with, you can’t educate or treat.  So maybe their job was complete.

Two days have passed and I kept telling the nurses she is bleeding from somewhere.  This was obvious as evidence of the blood saturated on her pillow.  Her surgical site did look clean, but her “big” hair (what was left of it) was saturated.  Thank God it was thick, it absorbed the blood! It was clear she crashed into the rocks with great force striking the back of her head!  Now, who would think to look at the back of her head?  The subdural hematoma was on the left side of her head, so that was the focus of the neurosurgeon.  Did no one hear what we were saying?  Too busy to listen? 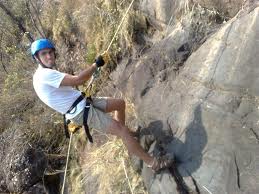 SHE SLAMMED INTO THE ROCKS WITH THE BACK OF HER HEAD AND WAS NOT WEARING HELMET!  Do you think anyone inspected this site of impact?  Nope, not one of many healthcare professionals.

I guess I was dumbfounded that I couldn’t figure out where all the blood was coming from on her pillow.  I didn’t see any blood from the incision area and every time I addressed the issue I was told “there isn’t anything wrong”.  Well, within 2 days I kept seeing more blood and finally after digging around my friend’s head I noticed a big gash out of the back of her head.  They finally apologized and stitched her head up. I think her hair was absorbing most the blood for the past 2 days as it continued to seap!

Initially she was cleared to return to work within 2 weeks based solely on the neurosurgeon’s assessment of removing the blood clot in her brain.  There were no other tests or questions.  Simply “you are okay and you can get back to work.”  I was horrified as I watched all the things she was going through.  She didn’t even have a chance to heal or recover. Within four weeks she was back to work.  With recent brain surgery she was caring for premature and critically ill infants in the neonatal intensive care unit.   How safe does anyone believe that is?

They did not believe her when she complained of feeling exhausted and problems with cognitive clarity.  We had many long talks about her brain injury, but she did not want to loose her job. So she did everything she could to work part-time for a while before returning full-time.

Her colleagues were harsh to say the least.  They believed she was using her injury to manipulate scheduling so she could work day shift.  When she worked evenings her clarity of thought worsened as the evening went on. What a risk that was.  Her best hours were earlier in the day.  Thank goodness she did not have children at home to manage.  If she did it would be doubtful she would have been able to handle both situations.  In my opinion, this sounded abusive in nature.  In healthcare abuse does not exist.  We hear about it as: Child Abuse, Domestic Abuse, Elder Abuse, Spouse Abuse, but we rarely hear about all the abuse that happens within the healthcare system.